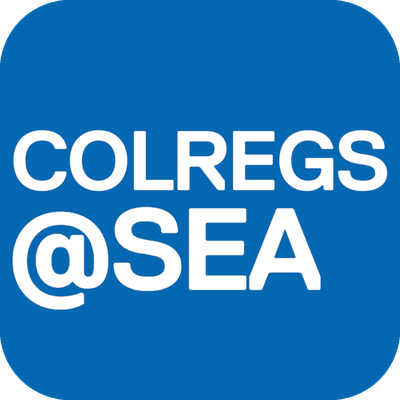 This activity is available for free on Learn@Sea. Visit Learn@Sea

Rules of the Road - International regulations for preventing collisions at sea 1972. With amendments Dec 2009

As commercial shipping expanded after the Second World War and shipping lanes grew more crowded, the major shipping nations tried to introduce consistent rules on navigation so that ship operators could be certain about their duties in busy shipping lanes.

The Collision Regulations of 1960 were the first major international rules of the post-war era, but the implementation of traffic separation schemes in areas such as the Strait of Dover soon necessitated an update.

The International Regulations for Preventing Collisions at Sea, better known as Colregs, were published by the IMO in 1972, and have since been adopted by 155 states representing 98.7 per cent of the tonnage of the world's merchant fleets.

The rules are presented here in bite-sized chunks, with audio.

The App also contains a section of flipcards to test your knowledge.